Our prayers have been answered. The Pokemon Company has announced that Detective Pikachu will...

Our prayers have been answered. The Pokemon Company has announced that Detective Pikachu will be coming to the west! Expect to see this scruff and serious mouse on the Nintendo 3DS on March 23 in the US and Europe.

The game originally launched later 2016 as a Japan-only title, though a movie rendition of the game was previously announced for the States, one that stars Ryan Reynolds as the voice of Detective Pikachu. Unfortunately, he will not be voicing Pikachu in the game’s English translation.

News this delicious deserves the perfect side dish, and what a better way to flavor a new Nintendo game than a new Amiibo? Detective Pikachu will also feature an obnoxiously large Amiibo of the titular character. 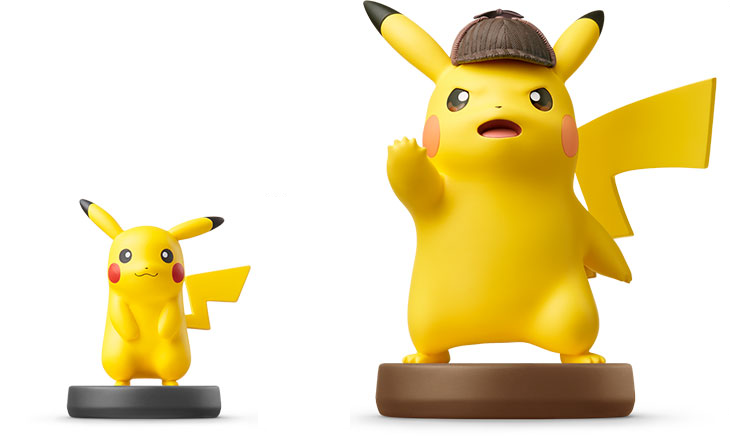 Compared to the Super Smash Bros Amiibo for Pikachu, the Detective variant is nearly twice as large.

According to The Pokémon Company, the Amiibo will allow the player to read Pika Prompts, which are hints towards the player’s objective.

Detective Pikachu is safely the most ridiculous thing of 2018 that I did not think I would want so bad.