We don’t really talk about them, but we all...

We don’t really talk about them, but we all know about them. Every Target location has at least a couple of lines of large, red orbs outside. So far, no official statement has revealed exactly why they’re there. The most educated speculation has been that they are there to stop vehicles from wrecking into the store itself, potentially saving lives in the process. Instead, I like the theory that these were always going to be painted to look like Pokeballs. Because they have totally been painted to look like Pokeballs now. 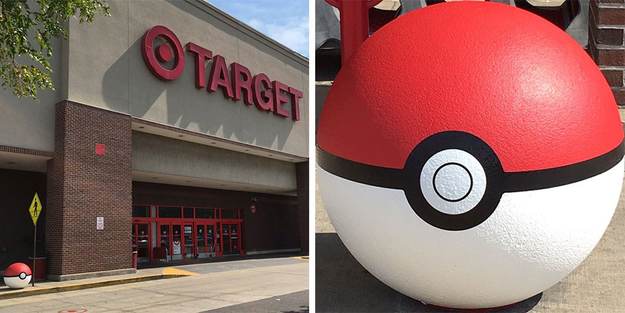 Target, I choose you!

It’s a pretty ingenious marketing ploy. Even for people who aren’t fans of Pokemon GO, it’s an eye-catching addition to the storefront. Plus, it’s going to get people talking about them. If that’s not a successful marketing strategy, then I’m not sure what is.