Theme by Cohhe
Fans are Gushing Over Bidoof in Pokémon GO

If i had to choose the one thing about...

If i had to choose the one thing about the Pokémon community that I love the most, it would be their extreme passion for something small or mundane. And with the latest generation addition to Pokémon GO, the king of the mundane has arrived. It’s Bidoof, baby!

Bidoof, the mild beaver Pokémon from the Sinnoh region has a long-running history in the Pokémon fandom as a doofy but lovable character. Often times, it’s portrayed as being something far more powerful than what it appears to be. This fascination with the Pokémon has now transferred into the popular AR mobile game with the implementation of Gen 4 Pokémon. 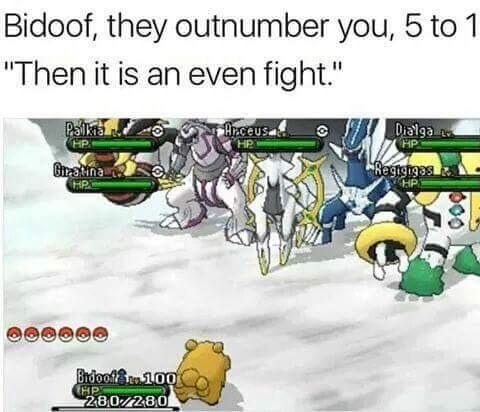 Whether it’s on Twitter, Reddit, or various online forums, there’s going to be memes, jokes, and general praise for Bidoof. While it may seem silly or immature, it’s heartwarming to see folks band together to enjoy the silly and small things, even in Pokémon GO.